There's a clip of Michael being caught by a pap outside a restaurant, with his "Breakin' In" co-star Bret Harrison. The Pap asks what Michael thinks about "John Cavill" being cast in the new Supes movie. Michael says he doesn't know about it. What's sweet is that Bret tries to draw the attention away from Michael by talking about the movie himself! He's a good buddy and gets a hug from Michael as a reward.

You'll be upset with me but I just watched all of the TWILIGHT movies.Have to say...FUN. Felt like a throwback to the 80's. Sue me damn it.

Corny as hell, but damn fun. It's sad that I haven't even seen FIGHTER or BLACK SWAN and I've watched all of the TWILIGHTS. Jesus Christ. 3:43 AM Feb 6th via web

Team Edward! The shirtless wolves in their daisy dukes were just too damn much.And troy, I did see you at the podium in Eclipse. Sweet!!!! 3:52 AM Feb 6th via Twitter for iPhone


Tom apparently went to Vancouver Superbowl party with the Three J's of Supernatural (Jensen. Jared, Jeffrey) Of the four of them, guess which one managed to dodge the photographers? That's right.....:( Curse his hot, elusive ass!

Michael went to a party too! Thanks to 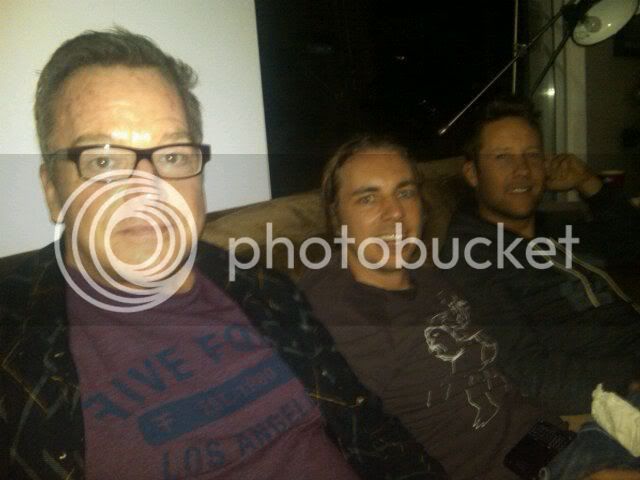